MIPOL2023 will be held at the Aula Magna Auditorium of the University of Milan in the University’s main campus located at via Festa del Perdono 7 in the old La Ca’ Granda ("The Big House"), a striking historical complex in the heart of the city, a short distance from the Duomo.

Built in the 15th century as a hospital by the Tuscan architect known as Filarete, La Ca’ Granda is one of the most historically and artistically significant buildings in Milan, a city that offers countless other points of interest, including numerous works by Leonardo da Vinci, who lived in Milan for 25 years.

The Auditorium can accommodate up to 626 participants, of which 412 are in the stalls, and 214 are in the gallery. All seats are fully accessible.

Ca’ Granda offers visitors a self-guided itinerary of the complex, with 11 totems positioned along the perimeter of the large central Cortile d’Onore (Court of Honour), in other courtyards, and Largo Richini Portico; text versions are also available in the virtual tour of the complex.

Every Saturday, from 9:00 AM to 4:30 PM, group visits to the Crociera and the Ca’ Granda courtyards may be booked. Please contact the Organizing Committee to learn more. 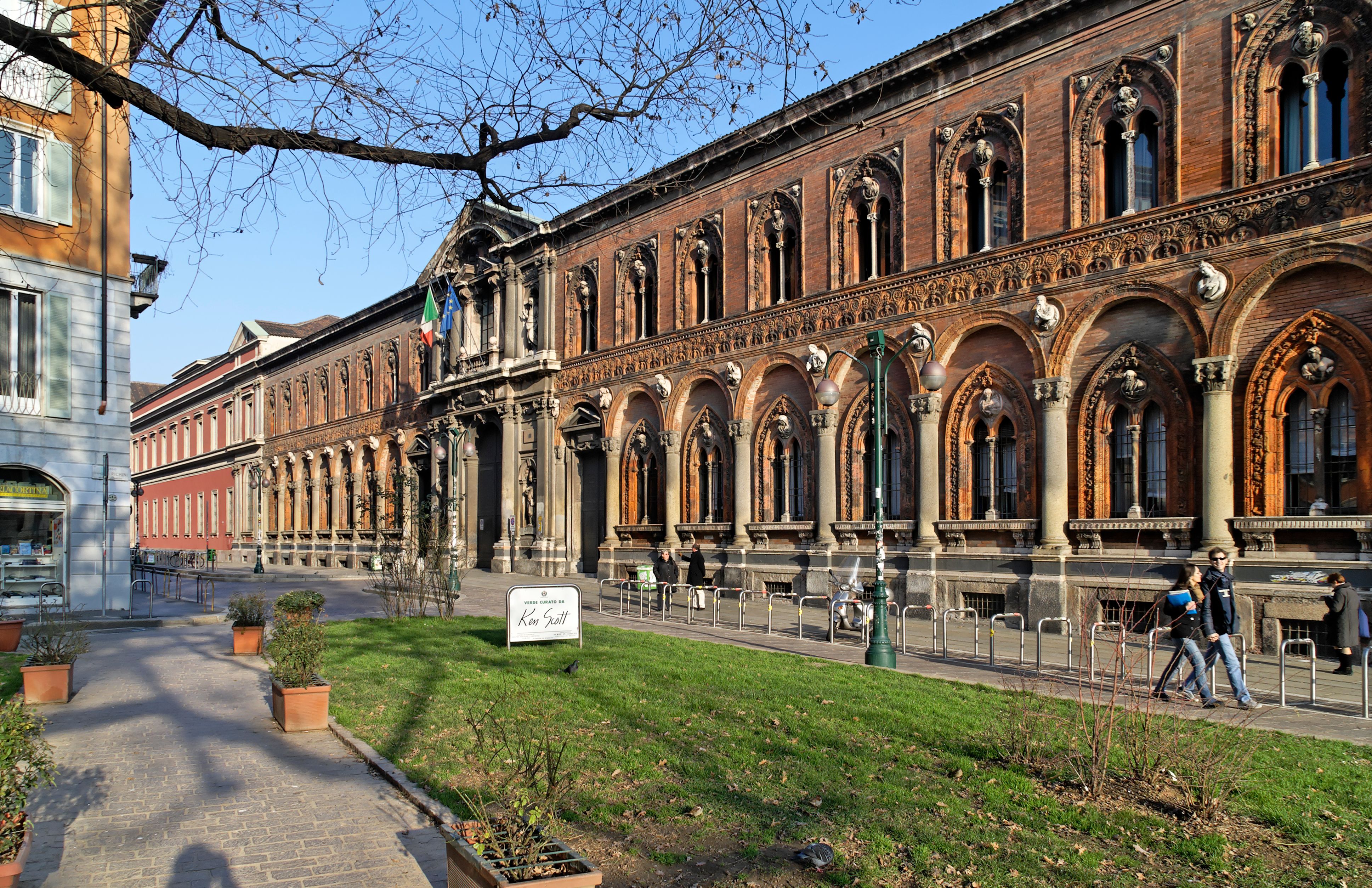 How to reach Ca' Granda?


Milan is an accessible and well-connected international city. It has two main airports, Milano Malpensa and Milano Linate, and is not far from the third largest airport in Lombardia, the Orio al Serio airport. All of them are well connected to the city center by both public and private transportation. In addition, the railway station Milano Centrale is an important railway junction.

1st choice: From the airport take the Malpensa Express train to Cadorna railway station. Then take the underground line 1 (red line) direction "SESTO F.S." Get off at the "DUOMO" station. From the Piazza del Duomo you can walk to via Festa del Perdono. Expected time: 36 min train + 20 min.

2nd choice: Alternatively, you can take a bus shuttle to Milan Central railway station (Stazione Centrale) and then proceed as above reported.


Take bus line 73 in front of the airport exit ("Linate Airport - S. Babila"). Buy your ticket in advance at the airport kiosk. Get off at the Largo Augusto stop, then take via Larga for 400-500 meters, go straight on to Largo Richini, then turn left into via Festa del Perdono. Expected time: 40 min.


Take a bus shuttle to Milan Central railway station and then proceed as described above.

Take the underground line 3 (yellow line) direction “S. DONATO ” and get off at the “ MISSORI ”stop. Go all the way down via Albricci, turn into via Larga, then turn right into via Chiaravalle, and finally turn left into Festa del Perdono. Expected time: 25 – 30 min.

For further information on the Milan public transport please refer to the ATM (Azienda Trasporti Milanesi) website, where you can also download the smartphone APP external and metro map.