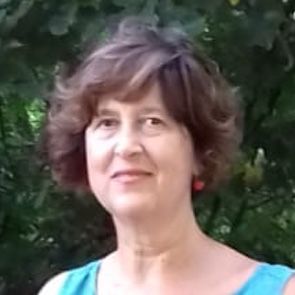 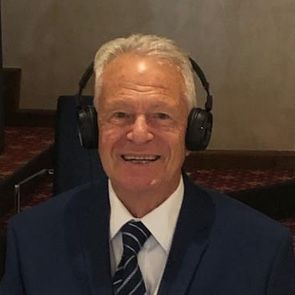 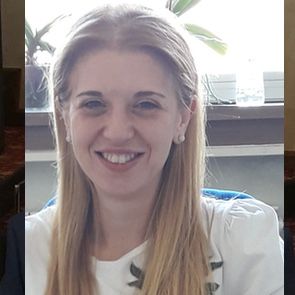 ...We are a group of scientists from the University of Milan dedicated to research on polymers, both basic and applied, to teaching and scientific communication in its broadest terms. We aim to extend the scope of our scientific communication to both science professionals and society at large. Here we begin to introduce ourselves to those who do not yet know us. Furthermore, we would like to mention the colleagues and friends, who have supported us since the beginning of the Milan Polymer Days initiative, either as members of the scientific committee or members of the award committees or as representatives of the Italian Society of Chemistry or the National Research Council, without forgetting our smart Ph.D. students who helped us organize the congress and bring it to a successful conclusion...

Elisabetta Ranucci is a full professor of polymer chemistry. In addition to chemistry, her passions are travel, cooking, family and pets. After high school, her scientific curiosity led her to put aside the beloved classical studies for chemistry. On the other hand, the study of classical history taught her that the love of science is timeless and universal. Elisabetta was trained at the University of Pisa, Italy. Later she served in different Italian universities and spent long research periods abroad, falling in love with the atmosphere and culture of the Nordic countries. Elisabetta is an expert of polymer synthesis, particularly multifunctional polymers for several applications. Biodegradable and biocompatible polymers for nanomedicine; bioinspired polymers as flame-retardants; multifunctional resins as absorbers of inorganic and organic water pollutants, composite hydrogels as scaffolds for tissue regeneration and polymers from renewable sources are her main topics of interest. She has coordinated many national and international research projects, focused on both basic and industrial research and, occasionally, has served as a consultant for plastics industries. In addition, she is currently engaged in editorial activities. She has been teaching polymer chemistry courses for all learning levels for many years. When asked the question “What are you most proud of in your career?”, she replies that contributing to the expansion of teaching on polymer in the chemical degree courses at the University of Milan as well as to the realization of the Master’s Degree Course in Industrial Chemistry entirely held in English; disseminating the knowledge of chemistry among high school students and teachers have been particularly rewarding for her. She has been responsible for PhD courses in polymer science. Finally, when asked “What do you like to do the most?” she replies that if the laboratory activity is rewarding, organizing and participating in the Milan Polymer Days congresses and activities is also a lot of fun.

Paolo Ferruti is a former full professor of polymer chemistry. You can learn from his CV that he obtained his Chemistry “Laurea” at the prestigious “Almo Collegio Borromeo college” in Pavia, Italy. Immediately afterwards, Nobel Prize Giulio Natta summoned him at the Polytechnic of Milan where he served as Assistant Professor. In 1968 he went on leave to the University of California, Berkeley, where he collaborated with Nobel Prize Melvin Calvin. In 1975 he was summoned as Full Professor at the University of Naples and subsequently commuted with the same position to the Universities of Bologna, Brescia and Milan. In 2010 he retired from teaching but is still a guest of the University of Milan very actively doing research with his former group, participating in international congresses as an invited speaker, being part of editorial boards of scientific journals. Paolo is credited with being the inventor of polyamidoamines, having published the first papers on them around 1970. He authored about 300 papers and more than 50 patents, mostly on polyamidoamines, but also on poly-4-acryloylmorpholine, PEG and polyvinylpyrrolidone, as well as polymeric cyclodextrins. In addition, he has a vast humanistic culture and can translate Latin and ancient Greek, recite texts of literary masterpieces such as the Divine Comedy by Dante Alighieri and others. On the other hand, he is fond of trekking in the Alps, the passion that he inherited from his Piedmont ancestry. He has many naturalistic interests and, in particular, he is an expert on lepidoptera, on which he has written popular articles. He has indeed gathered a huge collection of moths and butterflies. He is an expert mushroom picker and connoisseur of Piedmontese wines. In addition, he is also an expert in calligraphy. In conclusion, in addition to the official data, there is much more to know about Paolo's interests and personality.

Jenny Alongi is a chemist and an assistant professor, two of the best labels that represent her. She developed her skills in the synthesis, processing, and advanced characterization of polymeric materials, working in different Italian and international universities and research centers. Jenny said that the passion for the research in this area was born thanks to the participation in national and European projects and to the numerous industrial contracts that she was involved in, also as a consultant, which convinced her to develop both basic and applied research. At the beginning of her career, she dedicated her efforts and commitment to the synthesis of polymers, but then over time, another parallel world interested her: the study of the degradation phenomena that affect polymers during their life cycle: from synthesis, to transformation into plastics, to their use until disposal. She is convinced that by studying degradation phenomena, it is possible to design and synthesize new smart polymeric materials with high performance. Thus, the passion for the synthesis and the degradation of polymers represents the spring that pushed her to continue the career as a polymer scientist. Among the possible scenarios, that of flame retardancy is the one that fascinated her the most and that allowed her to develop a specific expertise. She dedicated the last ten years to this topic, looking for alternative solutions that deviate from traditional chemical approaches by proposing new efficient smart coatings derived from nanotechnological approaches such as Layer-by-Layer assembly, sol-gel and UV-curable processes. Looking for green and eco-friendly flame retardants for polymeric materials, she discovered that biomacromolecules like DNA and proteins are excellent systems, but since their industrial exploitation is almost unconceivable, together with the research group of Milan to which she belongs, she started to design and synthesize bio-inspired synthetic polymers as flame retardants for cotton. Thanks to these experiences, Jenny was invited to become the advisory board member of two international peer-reviewed journals, Journal of Fire Science and Polymers, and to become Editor of Polymer Degradation and Stability two years ago. All this made her aware of the need to communicate the collected results at international scientific congresses and to the public as well as to train students in this area because plastic is present in our daily life, and is "the symbol of our age", as Giulio Natta said, and now “plastics is in art and for art”. Therefore, at the University of Milan, she teaches “Polymer Degradation and Stability” for the Master Course in Industrial Chemistry and “Materials Chemistry” for the Bachelor Course in Science and Technology for Studying and Preserving the Cultural Heritage and Information Storage Media.