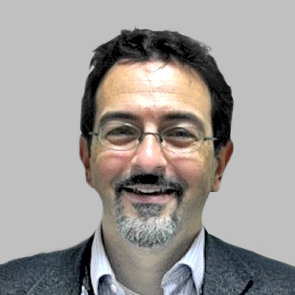 Whether we consciously realize it or not, we are all familiar with biological contraction phenomena.

Our muscles – be them voluntary such as our skeletal muscles, or involuntary such as those lining our blood vessels – contract, and relax, all the time. These are reversible, cell-mediated processes; when a contracted muscle does not revert to its relaxed state, e.g. because excessively frequent stimulation by motor neurons, pathological situations arise, for example cramps (physiological tetanus). In our bodies, we also experience a second form of cell-mediated contraction, which is both (much) slower and irreversible. This happens e.g. when a scar matures (becoming smaller but harder) or when a foreign body is encapsulated in a fibrotic tissue (think at breast implants). In order to differentiate this from the rapid and reversible contraction of muscles, these slower and irreversible processes are referred to as contractures.

Although necessary to firmly close a wound, contractures are not exactly welcome. If cells (typically fibroblasts; or a related, more contractile phenotype called myofibroblasts) contract a matrix, they do not only change its dimensions; the construct becomes denser and thus harder, and mobility and overall survival of cells within may be an issue, partially because of physical hindrance, partially because of the lower diffusion of nutrients and oxygen. In anti-scarring therapies, or in tissue engineering/regenerative medicine, it would be beneficial to develop conditions that minimize contracture; in vitro tests that can accurately predict contracture behaviour are therefore useful.

However, there may be more one kind of contracture.

In a recent paper from our group, we have reflected that the contracture of a wound (cells contracting it from within; 3D contracture) and the formation of a contracted fibrotic tissue around an implant (cells contracting the interface with the material; 2D contracture) may be geometrically and probably also functionally different processes. In this study, we have developed model systems for both the 2D and 3D contracture. We employed fibrin with variable modulus (Figure 1A), axially anchoring them (Figure 1B) and seeding cells within or on the top of them (Figure 1C). Cells contracted these matrices by pulling fibrils (Figure 2), and the speed of contracture was always inversely proportional to their stiffness and directly proportional to the presence of fibrotic agents such as TGF-b1; however, while cells seeded inside shrank fibrin in a 3D contracture, those on the surface bent the materials without migrating into them, in a form of 2D contracture. The two processes were not only geometrically, but also functionally different: for example, fibroblasts were more likely to differentiate into myofibroblasts in 3D contracture, but they oriented along the contracture axis much more in 2D contracture.

Finally, we have demonstrated that dystrophic muscle cells have a propensity to 3D (but not 2D) contracture, similar to fibroblasts but different from healthy or genetically corrected muscle cells, which may at least partially explain the fibrotic evolution of muscle in Duchenne’s dystrophy. 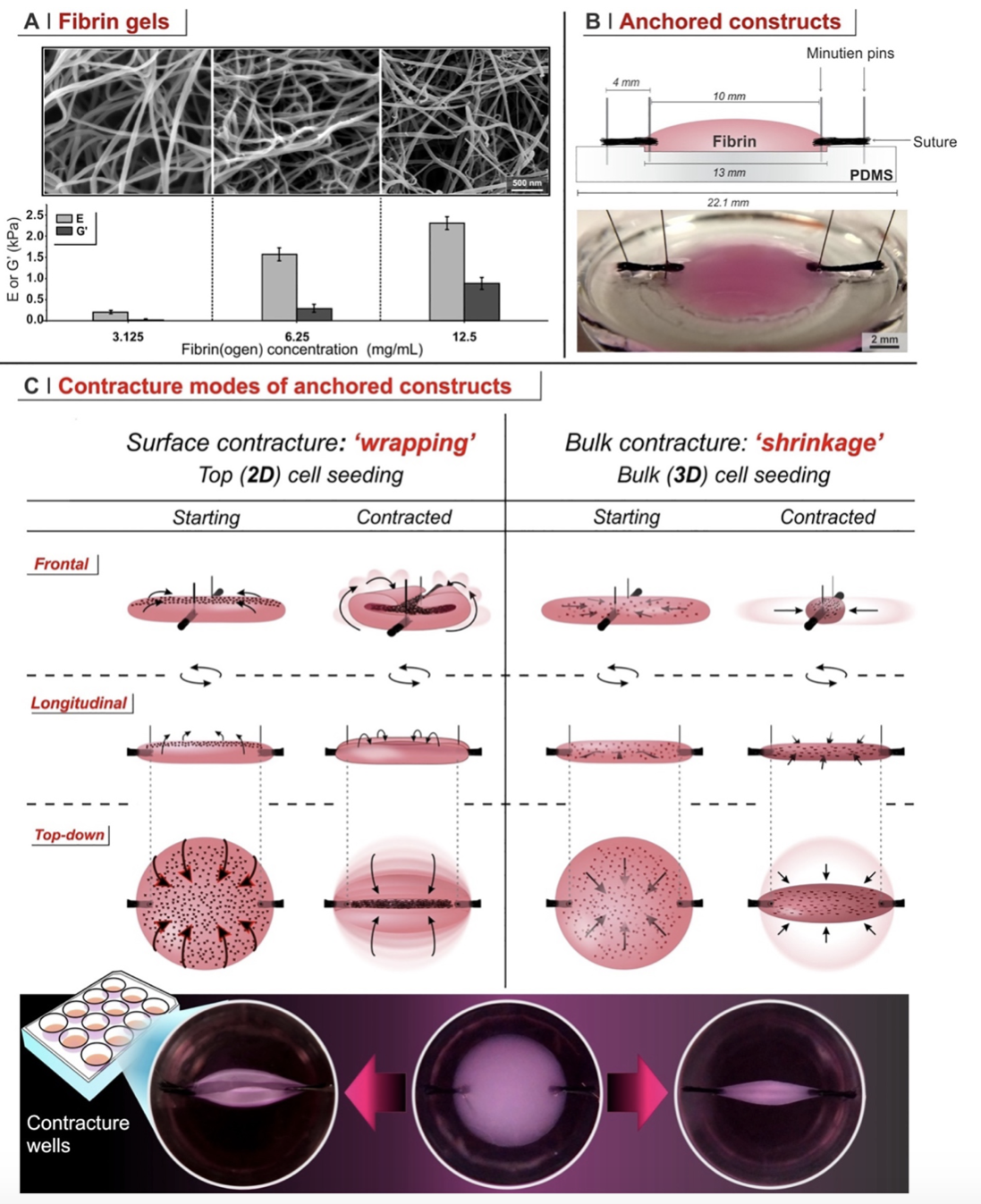 Figure 1. A. Young’s and storage shear modulus of fibrin with different concentrations. B. Scheme of how fibrin constructs are axially anchored. C. Pictorial explanation of the different contracture modes following 2D (on the top) and 3D (within fibrin) cell seeding in axially anchored fibrin matrices. 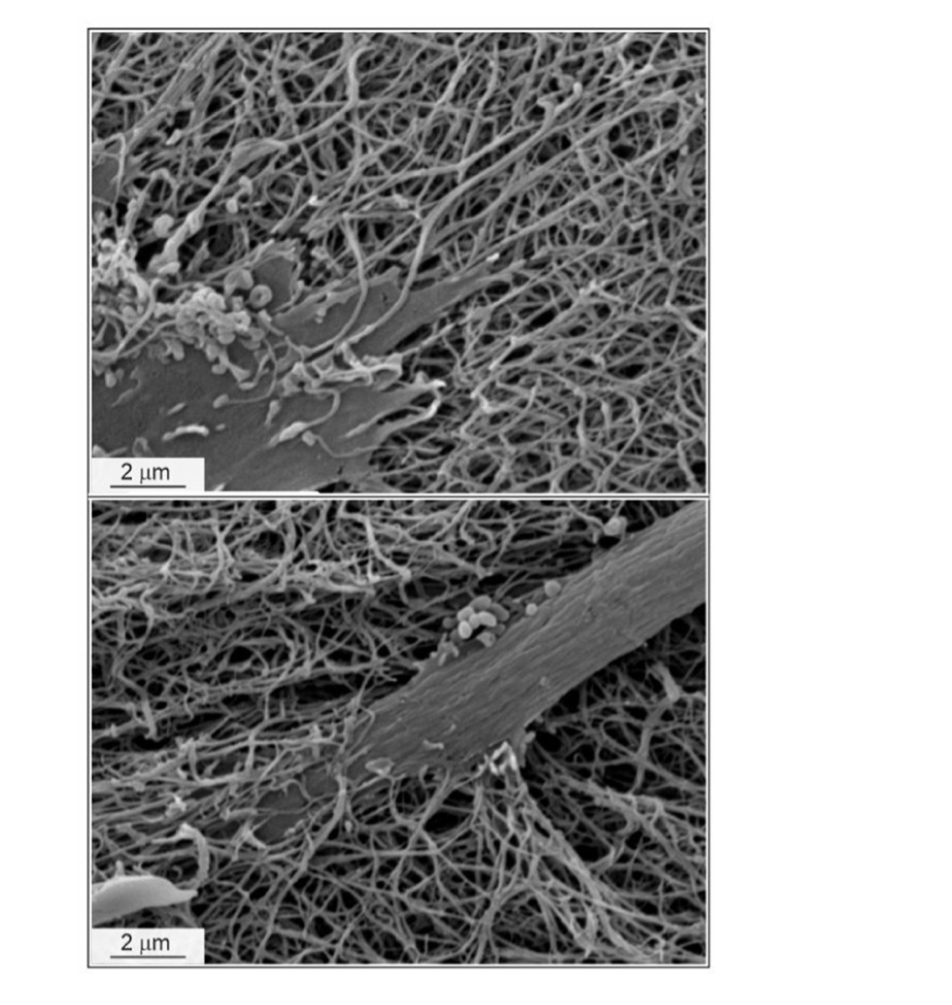 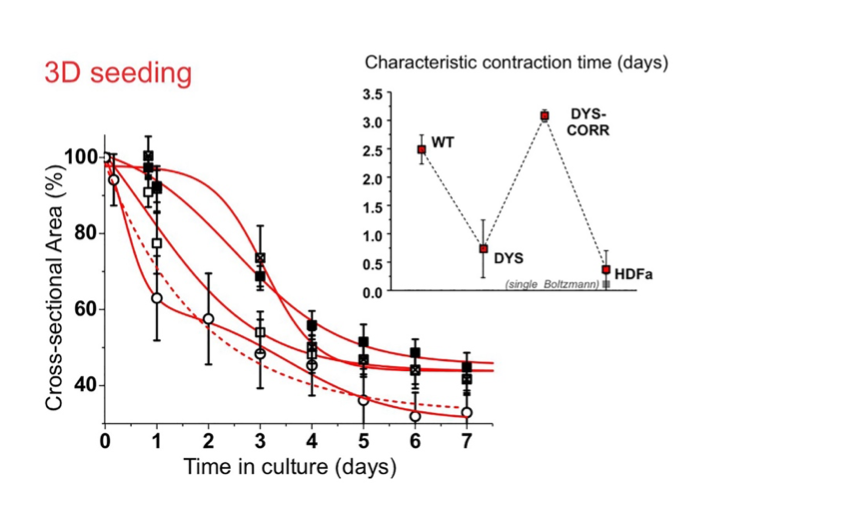