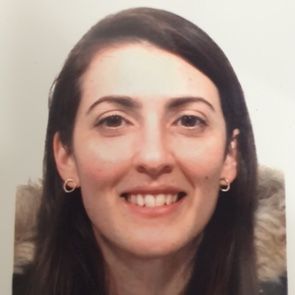 Proteins derived from cereal grains are versatile materials because of the several advantages deriving from their use, such as their green label, wide availability, low-cost status, their biocompatibility and biodegradability. Among them, gliadins, the prolamin-rich proteins from wheat grains, are characterized by peculiar properties to self-assemble in micro- and nanostructures, as well as films suitable for food packaging and for the development of soft capsules. 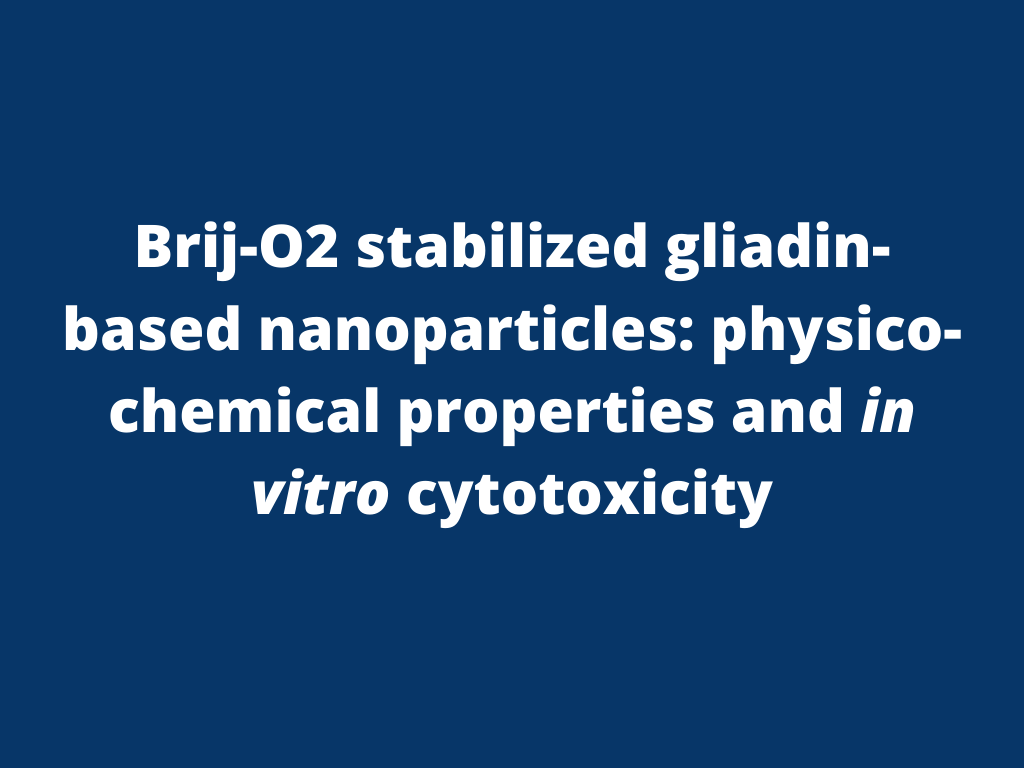 In this work, commercial grade gliadin was the raw material used to obtain a vegetal proteinbased nanoformulation. In detail, the characterization of the gliadin-based systems was performed analyzing the influence of both the protein concentration and the amount of stabilizers used to promote the formation of gliadin nanoparticles. Namely, among the various anionic and non-ionic surfactants analyzed, the best formulation was obtained following the nanoprecipitation of 1 mg/ml of biopolymer and the addition of 0.1% w/v of the Super Refined grade Brij O2 (SR-BO2). Indeed, this surfactant promoted the development of nanocarriers with a mean diameter of ⁓150 nm, a narrow size distribution and a negative surface charge. The other surfactants exerted a low stabilization of the polymeric matrix. In particular, it was interesting to observe that the addition of Brij O10, an emulsifier characterized by the same oleic-acid residue of SR-BO2, resulted in the formation of polydispersed samples. These trends can be due to the different hydrophilic portions of the stabilizers and especially of ethylene oxide moieties.

SR-BO2 enhanced the stability of gliadin nanoparticles when they were incubated at different pH and temperature values (up to 50 °C). Moreover, the use 10% w/v of mannose as cryoprotectant promoted the development of suitable freeze-dried formulations.

Successively, in order to exploit the potential application of the investigated nanosystems as drug carriers, different fluorescent probes were encapsulated in the gliadin matrix and used as model drugs, and their release kinetics were evaluated by means of the dialysis technique. The gliadin matrix evidenced a biphasic leakage of the entrapped compounds, characterized by an initial burst effect followed by a gradual release over time. Furthermore, the peculiar physico-chemical characteristics of the various model drugs and the different types of interactions that occur between each compound and the gliadin matrix, demonstrated to significantly influence the release rates of the entrapped molecules. In this regard, the obtained data revealed that the drug leakage from gliadin nanostructures is influenced by the amount of the entrapped compound, as well as by its physico-chemical features. These results demonstrated that the release rate of a drug can be modulated as a function of the desired therapeutic outcome.

Finally, the cytocompatibility of the proposed formulation was investigated by MTT assay, and 25 µg/ml of SR-BO2-stabilized gliadin samples emerged as the maximum concentration of nanoformulation that can be reached during in vitro tests, in order avoid a significant cell toxicity.

In conclusion, this experimental investigation demonstrated that it is possible to obtain gliadin-based nanoparticles using a commercial grade raw material and a simple preparation procedure. The novelty of the work is related to the opportunity of stabilizing gliadin nanosystems by means of a Super Refined grade and FDA-approved Brij derivative. The described nanoparticles can be used as potential delivery systems of various active compounds and/or nutraceutics.

Additional information about the topic can be found at the following links: