The Thermo-Oxidative Behavior of Cotton Coated with an Intumescent Flame Retardant Glycine-Derived Polyamidoamine: A Multi-Technique Study 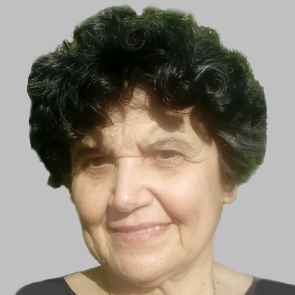 Fabric flammability is an important issue in fire hazards, considering the amount of textiles generally present in private houses and public buildings which may contribute to flame propagation.

Fire resistance of materials, besides reducing flame propagation, guarantees lower heat release, less smoke and lower emissions of toxic gases. Some fabrics are naturally more resistant to fire than others, igniting more slowly and only after prolonged exposure to heat or flame; others - and cotton is among these - are easily flammable, but their fire resistance can be improved by treatment with suitable fire-retardant coatings.

Among the different types of coating materials that can be used, intumescent flame retardants (IFRs) are of great interest thanks to their relatively high efficiency in reducing flame propagation and low emissions of smoke and toxic gases. IFRs typically consist of three components: an acid source, a carbonizing source and a blowing agent. The first decomposes upon heating, generating a strong inorganic acid which promotes dehydration of the carbonizing source, thus initiating the formation of the carbonaceous layer. In the meantime, the blowing agent degrades releasing non-flammable gases. These cause the swelling of the carbonaceous layer which becomes capable of reducing the exchange of heat and oxygen between the underlying material and the surroundings, limiting flame propagation.

Recent studies proposed all-in-one solutions, i.e. IFRs constituted by single polymers carrying, in their main chain, groups that confer all the above properties. These polymers, belonging to the polyamidoamines (PAAs) family, are indeed multifunctional polymers; at the same time, they are environmentally friendly their synthesis being carried out in water or protic solvents at room temperature without catalysts. Several PAAs derived from natural α-amino acids were found to be intumescent and, when applied to cotton, extinguished the flame in horizontal flame spread tests (HFSTs) at relatively low add-ons. In particular, the glycine-deriving one, M-GLY (shown in the figure), resulted to be very efficient in imparting self-extinguishment to cotton in HFSTs at only 4% add-on.

In this work the molecular-level transformations that occur in M-GLY-coated-cotton upon heating in air at different temperatures (300 °C, 350 °C and 420 °C) were thoroughly investigated. To this end, several techniques were used: thermogravimetric analysis (TGA) was applied to highlight the main stages of the thermo-oxidative degradation; TGA coupled to Fourier transform infrared spectroscopy (TG-IR) allowed volatiles produced during heating to be identified; Raman, X-ray photoelectron (XPS), and 13C solid state nuclear magnetic resonance (SSNMR) spectroscopies provided details on the structural changes.