Silk bioMIPs: the new approach to molecularly imprinted polymers made of a natural biomaterial 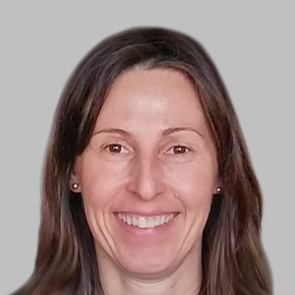 Molecularly imprinted polymers (MIPs) are a class of materials for biomimicry, prepared by means of a template assisted synthesis [1].

The typical MIP’s synthetic process involves a templating molecule (i.e. the target analyte) that is stoichiometrically solvated with functional monomers. Thermodynamics drives interactions between the monomers and the template, which are subsequently frozen in the ensuing polymerization step. As a result, molecular imprints of the template are left on the MIP material. Thus, MIPs are functional materials with binding cavities possessing high affinity and selectivity for their target.

Advantages of the MIP’s are the possibility to tune the recognition ability, by playing on the monomer’s composition [2]; the robustness, processability and integrability typical of polymers; the cheap synthesis and the possibility of reuse. When MIPs are synthesized of nanometer dimensions [3-5], they are called nanoMIPs, or MIP NPs, while, colloquially, they are referred to as “plastic antibodies”, for the resemblance to the biological couterpart [6]. Plastic antibodies targeting biomolecules are usually prepared starting from acrylamide-derivative monomers (PAA-nanoMIPs), as these lead to nanomaterials with high affinity and selectivity for the target molecule. Since the recognition of PAA-nanoMIPs rival with monoclonal antibodies, they offer practical advantages in several biomedical applications, such as assays [7,8], sensing, and imaging [9].

Recently, PAA-nanoMIPs have shown to play functional roles in vitro and in vivo. Striking evidence is the recognition of biological targets such as cell membrane proteins and cell surface glycans [10,11]. A further remarkable and emerging potential is the use of nanoMIPs as possible therapeutic agents. Examples report PAA-nanoMIPs to inhibit cell-to-cell adhesion and disrupt 3D-tumor spheroids [12]; or nanoMIPs to switch-off the signal transduction in the most aggressive HER2 breast cancer type [13]. To promptly translate nanoMIPs into clinical uses, biocompatibility and non-toxicity are non-negotiable requirements. Although PAA-nanoMIPs have demonstrated non-toxicity in in vitro tests [14], safety concerns might rise for the possibility of specific organ accumulation and for the lack of degradation in vivo. NanoMIPs composed of natural and biocompatible materials would revolutionize the current scenario, opening to their translatability to clinical settings. In this framework, A.M. Bossi, leading the MIP’s research at the Molecular Imprinting Lab. (Dept. of Biotechnology, University of Verona) and D. Maniglio, biomaterial scientist at the BIOtech - Center for Biomedical Technologies (Dept. of Industrial Engineering, University of Trento), came up with the idea to synthesize fully biocompatible nanoMIPs starting from the natural polymer silk fibroin (SF), that is renowned for its biocompatibility and it is a promising material for Tissue Engineering and Regenerative Medicine (TERM). These new MIPs biomimetics have been named “bioMIPs”.

In addition to biocompatibility, SF offers many interesting advantages that makes it a potentially valuable building block for the imprinting process. SF forms entangled fibres by the spontaneous assembly of beta structures, a property that can be exploited to form supramolecular nanostructures, guiding the formation of the nanometric sized bioMIPs. Moreover, SF can be chemically functionalized to embed pendant double bonds [15], which allow to stabilize the BioMIP through chemical crosslinking, hence fixing the stereochemistry of the imprinted binding site. Finally, being SF built by the combination of different aminoacids comprising different chemical functionalities, it is expected to maximize the template/monomer molecular pairing during the imprinting process, ultimately permitting to form high affinity binding sites.

To proof the concept of bioMIPs, silk-based molecularly imprinted nanoparticles were prepared, choosing a serum protein (i.e. albumin) as a template [16]. In a following work the template was substituted with the circulating iron regulating peptide-hormone hepcidin [17], further testing if the silk-based imprinting process would be suitable to recognize templates smaller than a protein. A sketch of the bioMIP’s preparation is shown in Figure 1.

Figure 1. Silk is a natural polymer composed of two main proteins: sericin and fibroin. Silk fibroin, that is a protein with a beta-fold, was methacrylated to provide pendant double bonds and exploited as building block to form “natural” molecularly imprinted nanoparticles: the bioMIPs.

The bioMIPs were synthesized starting from methacrylated SF (SilMA) building blocks, placed in buffer solution in the presence of the chosen template. Once the assembly equilibrium was reached, bioMIPs were photopolymerized to stabilize their shape. The morphological characterization of the synthesized biomimetics was carried out by scanning electron microscopy (SEM). It resulted that bioMIPs were spheroidal objects with a mean diameter of 50 or 100 nm, depending on the chosen synthetic conditions. A mean of one binding sites per bioMIP was estimated by isothermal titration nanocalorimetry. Binding experiments demonstrated the selective recognition of the bioMIPs for their targets (i.e. serum albumin; hepcidin) with high affinity (KDs in the nM range). Cell toxicity assays confirmed the expected non-toxicity of the bioMIPs, even at high concentrations.

Concerning the applications of the bioMIPs, these can be imagined as nanotraps for in vitro and in vivo uses. Additionally, bioMIPs can be exploited to entail desired recognition properties to biomaterials. Along this concept, bioMIPs could be used to build more complex super-macromolecular architectures that would expand the landscape of the next generation smart wearable and in vivo implantable medical devices, like patches for wound healing or scaffolds for TERM applications. As a proof, bioMIP-based functional fabrics were prepared by integrating bioMIPs to electrospun silk-nanofibers (Figure 2), as well as to silk microfibers.

Given these preliminar results, the bioMIPs appear to meet the requirements for selective recognition, high affinity and non-toxicity, invoked for their translation into the clinical settings. Thus, the bioMIPs hold promise as formidable functional nanomaterials, characterized by an easy synthetic route and a tailor-made selectivity and competitive costs, when compared to antibodies. Surely, bioMIPs are worth further attention and studies, as they can offer enormous potential for therapeutic applications.