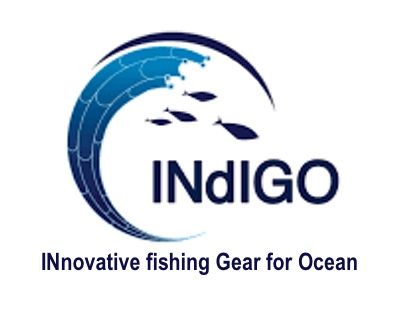 The INdIGO project aims to develop prototypes of fishing gear that are resistant and biodegradable in the marine environment. 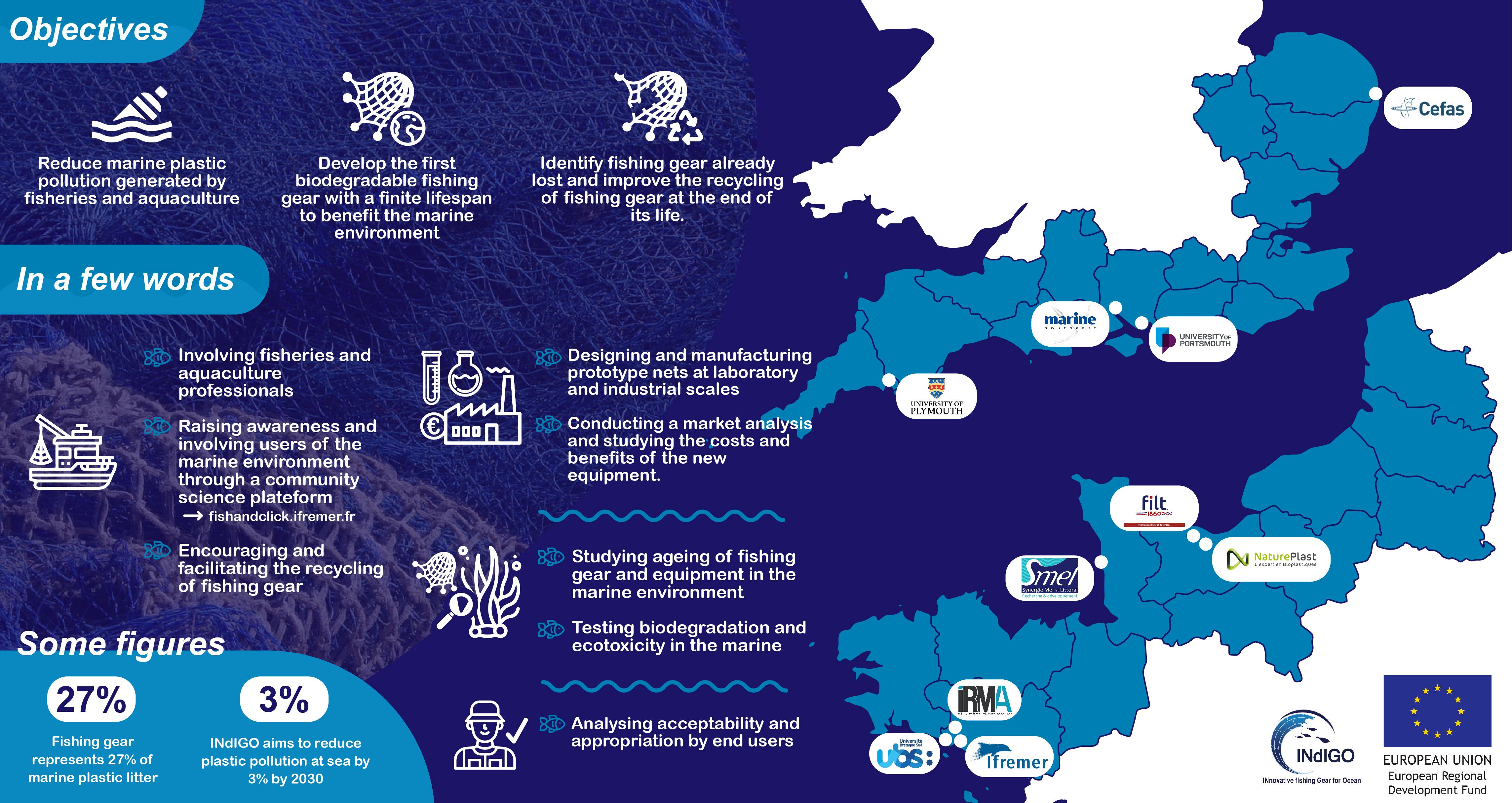 The objective is to limit the risks for the environment (ghost fishing) and for health (microplastics that enter the food chain). The fisheries and aquaculture sectors lack equipment with a controlled lifetime while demand is growing. For European and international bodies, the integration of biodegradable plastics in fishing gear now appears to be a realistic alternative that should be encouraged in order to reduce ocean pollution in the long term.

Ten partners; companies and research centres from both sides of the Channel [1], are involved in the INdIGO project for a period of 3.5 years. The project is led by ComposiTIC, a technical centre of the University of Southern Brittany (UBS) specialising in the implementation of innovative composites. The project is funded to the amount of 2.9 million euros by the European Regional Development Fund (ERDF) as part of the Interreg (France) Channel England programme.

The INdIGO project partners have been working for two years at developing two prototypes of fishing gear made from plastics that will be biodegradable in the marine environment. The objective is to adapt the lifetime span to the duration of use. Conventional oil-based plastic nets have a lifespan of hundreds of years. However, they are changed frequently and usually only used for a few months. In INdIGO, two prototypes are planned. A monofilament with a 2-year lifespan (fine fishing net) and a multifilament with a 6-month lifespan (mussel culture net).

The partners first had to define specifications aimed at determining the various constraints required for the manufacture, use (strength, elasticity, efficiency...), degradation and end-of-life of the prototype nets. UBS and the bioplastics specialist NaturePlast then tried to develop the best formulation to be able to manufacture a sufficiently strong yarn (semi-finished product).

The formulation is composed of biodegradable plastics. As a reminder, biodegradability is the intrinsic capacity of a material to be degraded by microbial attack, to progressively simplify its structure and finally to be converted into water, CO2 and/or CH4 and a new biomass. The plastics used for the prototypes are mainly biosourced, knowing that the biodegradability criterion for the end of life is of primary importance as well as all the constraints related to the manufacture and use of the yarn.

One of the specifics of this project is the in-depth study of the behaviour of the net in real conditions, while ensuring that the impact on the environment is reduced. Deployment tests at sea will be carried out with fishing and aquaculture professionals. Degradation of the net will be monitored through ageing tests in natural conditions at sea. Biodegradation and ecotoxicity tests will allow scientific verification that the INdIGO nets, at the end of their life, are really assimilable by micro-organisms, without any impact on the marine environment. Finally, a life cycle analysis will model different end-of-life scenarios for the new net, in order to provide a robust analysis to assess the environmental impacts at each stage of the product's life.

Fish & Click: a tool to collect data on plastics from fisheries and aquaculture found at sea or on the coastline

The INdIGO project has other complementary activities. Ifremer, one of the project partners, is developing an application to locate gear that has already been lost through a citizen science programme called Fish & Click. It is inviting sea users (divers, fishermen, boaters, walkers…) to identify lost or abandoned fishing equipment at sea and on the coast. The data collected will be used to map the distribution of plastic waste from fishing and aquaculture activities and to guide the development of biodegradable materials towards the types of gear most likely to be lost.

Fish & Click currently has 440 observers and over 1,860 reports of lost gear and gear fragments in the Channel area and South Brittany. Observations on the coastline represent 85% of reports, as beaches are easier to access than underwater explorations. Of the 18,000 items of gear reported, ropes make up the majority of reports on land, particularly in Brittany and Hauts-de-France. The trend is quite different in Normandy, where around 60% of reports are in the "other" category and concern aquaculture equipment (mussel nets, oyster bags, etc.). A significant proportion of this material is also reported in Northern Brittany (25%).

At sea, three types of lost gear are mainly observed: lines, ropes and traps respectively in the north-east of the Bay of Biscay, the Celtic Sea and the Channel. The number of reports varies widely from one area to another, both at sea and on the coast. Continued data collection by citizens will help to consolidate these results.

In December 2020, the INdIGO project also launched a major survey in the north and west of France and in the south of England. Over 200 fishermen participated. The analysis of the results provides useful information on the use of plastics in the fisheries sector on both sides of the Channel and also evaluates the potential for fishermen to adopt new biodegradable nets.

Most respondents were owners and skippers who use passive gear (traps, nets and lines). The majority of respondents were gillnetters (35%). Trawlers and dredgers also participated in the study.

One part of the survey concerned acceptability. The aim is to identify what might or might not encourage fishermen to adopt fishing gear biodegradable in the marine environment. The results show that the majority of participants (73%) say they would like to use a biodegradable fishing net in the coming months. Several aspects were studied. Thus, for 91.7% of the respondents, biodegradable fishing gear should be as efficient as current fishing gear. For 94.5%, the possibility of trying out the new nets would strongly encourage them to use them in the future. Financially, 63.7% of respondents would accept to adopt the biodegradable net at an additional cost, however, financial assistance would be an incentive for 83% of respondents. Regarding the reduction in the life span of fishing gear, this was acceptable to 65.7% of participants. At the technical level, 76.4% of the fishermen consider that the resistance of the nets is very or extremely influential. Furthermore, the results show that the family environment and the expectations of the clientele are the two main sources of "social influence" for the integration of a biodegradable net in fishing practices because the practice of sustainable fishing boosts their reputation.