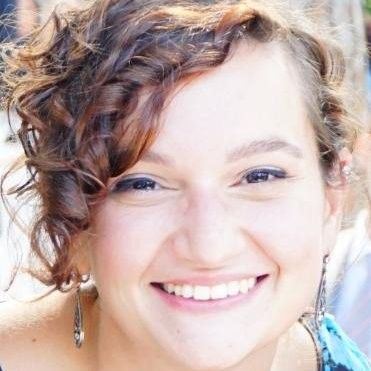 Foams are materials made by two phases in which one is in the gaseous state. Among the existing foams, polymeric foams are widely produced because of the wide set of properties that arise from their cellular structure which give them a large range of tunable properties.

According to the Smithers’ Annual Report on polymeric foam market, in 2021 the polymer foams market is estimated to reach 29,357 thousand tons and is expected to grow to 37,254 thousand tons in 2026 with a growth rate of 4.9% over this period [1]. In 2020 the largest part of the market was held by polyurethane which is used in industrial sectors such as automotive and construction, followed by polystyrene used for packaging. Coupling this such a broad market with the need in the reduction of oil-based non-biodegradable plastics, to replace the commodity polystyrene and polyurethane foams with bio-based polymeric foams would be environmentally very attractive.

European Bioplastics, the association representing bioplastic industries in Europe, defines “bioplastic” a plastic material which is bio-based (i.e. produced from biomasses such as corn starch or sugarcane), bio-degradable (i.e. can be converted into water, carbon dioxide and compost from microorganisms present in nature) or presents both features at the same time. Poly (l-lactic acid) (PLLA) is a bioplastic both bio-based and biodegradable. It is the most produced biodegradable thermoplastic polyesters [2], widely used in industrial applications [3] thanks to its favorable cost-property balance [4].

PLLA is attracting attention for foam production due to the several applications that PLLA foams can potentially have in packaging industry, sound insulating element, construction and tissue engineering, with a range of application consistently growing thanks to the biodegradability of the material. In fact, PLLA can biodegrade in nature to carbon dioxide, water, and humus-like matter [5–7] and in the human body to the natural metabolite l–lactic acid, thanks to the ester groups in its chain that make the polymer susceptible to enzymatic attack [8]. Besides the numerous and well documented positive aspects of PLLA, this polymer has also some drawbacks. One of the most important is represented by its low crystallization rate.

Several strategies are reported in literature to overcome this problem. Most successful ones involve blending with plasticizers, i.e. substances able to lower the glass transition temperature (Tg) of the material enhancing chain mobility and thus increasing the crystallization rate, as well as compounding with additives that can favor crystal nucleation. Unfortunately, the addition of external agents to PLLA can complicate the recycling process and affect the biodegradability and biocompatibility of the polymer. The production of polymeric foams is generally simple and needs just two components, the polymer and a blowing agent. Blowing agents can be both chemical (like azodicarbonamide) or physical (like CO2 or N2). Since chemical blowing agents can leave residues in the polymer after foaming process and make the whole process harder to be controlled, physical blowing agents are generally preferred and, among them, CO2 is the most widely used.

Depending on the foam final applications, there are three main process options for foaming with physical blowing agents: batch foaming conducted in a pressure vessel (the most used one for research purposes), extrusion foaming, coupling mixing and blending abilities of an extruder with foaming process, or foam injection molding, allowing to obtain a finished foamed artifact. The foam process involves three steps, shown in Figure 1: i) sorption of the gas in the polymer matrix under pressure; ii) bubble nucleation, favored by the presence of solid particles that can reduce the surface free energy; iii) bubble growth, caused by the thermodynamic instability occurring after rapid pressure decrease or a temperature increase.

The assortment of uses for PLLA foams depend on the morphology of the foams that can be obtained both in the dimension and the distribution of cells within the material. Morphology can vary from nano-foams to micro-foams depending on the dimension of the cells. One of the methodology to control the foam morphology is to add nucleating agents which reduce the Gibbs free energy for the nucleation process [9]. Many nucleating agents have been tested giving a favorable effect on foaming by reducing cells average diameter and enhancing cell density. Despite the positive effects of the heterogeneous bubble nucleation conveyed by nucleating agents, like in the crystal nucleation process, the compounding with different polymers or the inclusion of particles of a different material can make the biodegradation process harder. Prior partial crystallization of the polymer has also been tested, with often poor results in terms of material expansion, because the presence of crystals reduces sorption of CO2 and increases stiffness of the polymer.

As possible alternative to crystals as solid surfaces that can favor bubble formation, we have tested foam development in a polymer containing homogeneous crystal nuclei, i.e. nano-sized aggregates of a few parallel polymer chain segments. The latter can be developed upon annealing a semi-crystalline polymer at temperature around Tg, i.e. at temperatures where crystal growth is negligible.

The proposed method is illustrated in Figure 2. Homogeneous crystal nuclei were grown at 60 °C, i.e. at Tg of PLLA, then the polymer was transferred in a batch reactor for the foaming process. CO2 was solubilized into the polymer matrix for a time tailored to attain CO2 concentration and low crystal growth and, after the dissolution step, the pressure was rapidly decreased to produce the foam by pressure quench.

The choice of the solubilization time needs to be highlighted because it is of fundamental importance in our process. As stated above, an excessive crystallinity needs to be avoided because it can hinder expansion. Moreover, CO2 enhances chain mobility acting as a plasticizer, thus increasing the crystallization rates. Both plasticization caused by CO2 and enhancement of crystallization rate due to homogeneous crystal nuclei can results in reach a too high crystallinity in a very short time. Therefore, the whole process was designed to avoid an excessive crystallinity.

Morphology of the samples reflects the influence of crystals nuclei on bubble nucleation. As shown in Figure 3, increasing the nucleation time, bubble density increases while the average bubble diameter decreases. And not just number and dimension of bubbles vary with treatment time, but also the morphology. In fact, samples nucleated for more than 0.5h display formation of two different types of cells, bigger in the bulk and smaller stamen-like cells surrounding growing crystals. These results demonstrate how homogeneous crystal nuclei can act as nucleation sites for bubbles, overcoming the risk of excessive initial crystal fraction which, as stated above, could hamper expansion. In conclusion, we were able to tune the morphology and properties of a mono-material PLLA foam by thermal pre-treatment of the polymer. Resulting in an advantageous method for an easy waste disposal and an improvement in PLLA foaming without affecting its biodegradability and biocompatibility. Moreover, the variation in foam morphology with number of homogeneous nuclei, results an easy way to tune the foam properties only by changing the thermal pre-treatment.